Learning Objectives
In this lab students will:
- Describe the roles of producers and consumers in a trophic system.
- Observe and make scientific observations regarding organisms in a virtual ecosystem.
- Construct simple food webs for different ecosystems.
- Construct trophic structures for the above ecosystems.

• Include both the living (biotic) and nonliving (abiotic) aspects of the environment.
• Biotic factors include the availability of nutrients or food matter, and the constant threat of predation.
• Abiotic factors organisms must contend with include temperature, carbon dioxide, nitrogen, water and oxygen levels.
• Most abiotic factors cycle through an ecosystem.
• Nutrients, like carbon, nitrogen, phosphorus and water are abiotic components that cycle through an ecosystem.
• Energy is another important abiotic component of an ecosystem, but energy does not cycle through an ecosystem.
• Energy passes though ecosystems
– It does not cycle.
– At each step, energy is picked up from the environment and passed from organism to organism.
• Some energy is lost to the system, usually in the form of heat.
• The Biotic components of ecosystems are the biological communities.
– Populations of many species living together in a definable space.
– They can be organized into trophic, or energy, levels.

• All living things require energy. Moving, growing, and reproducing all require energy.
• The energy for nearly all life is provided by the sun.
• Leaves of plants and trees, and other photosynthetic organisms harness the energy of the sun and convert it into sugars, which can be consumed by other organisms.
• The transfer of energy upward from the primary plant source to other organisms is called the trophic structure.
• Within this structure, each organism plays a specific important role. 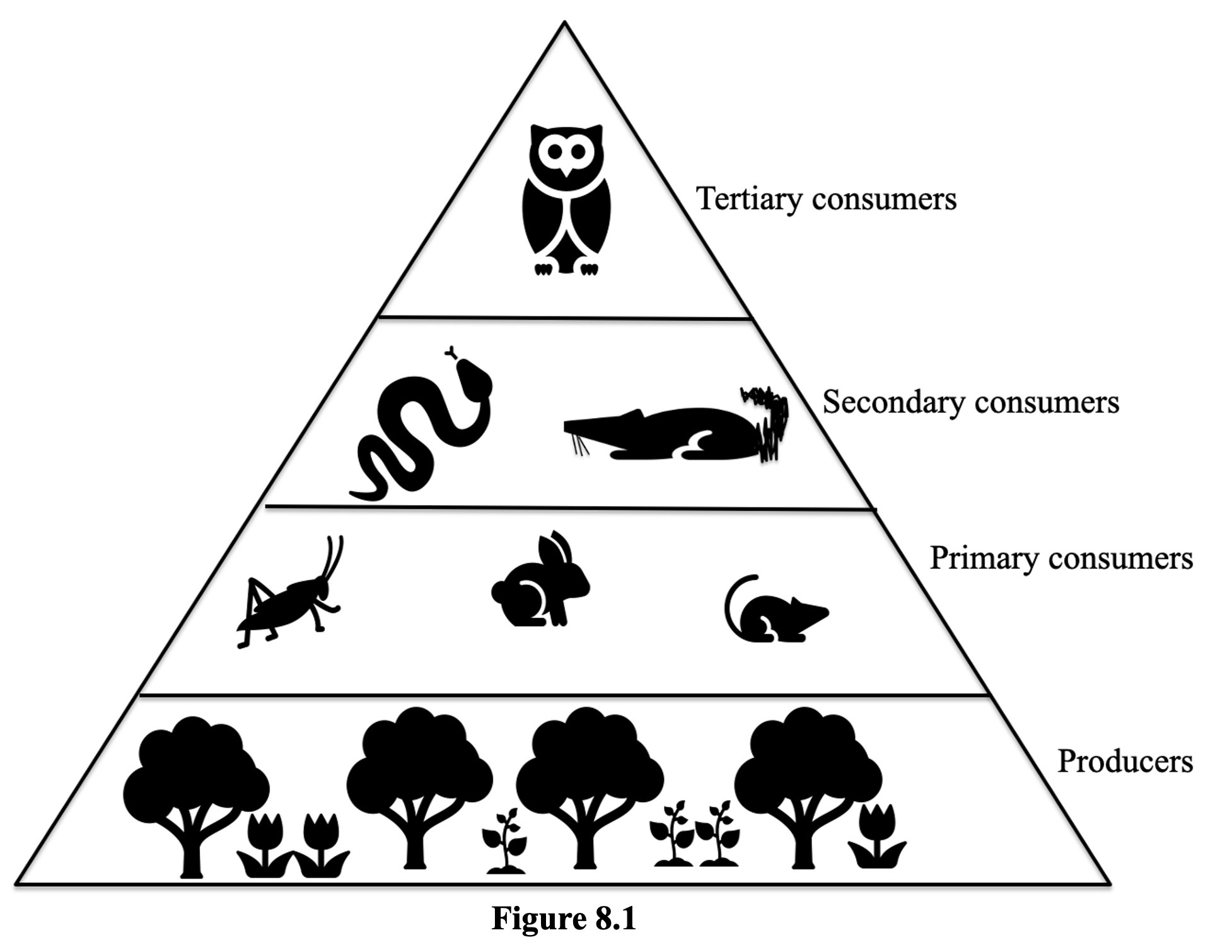 Energy in the trophic levels 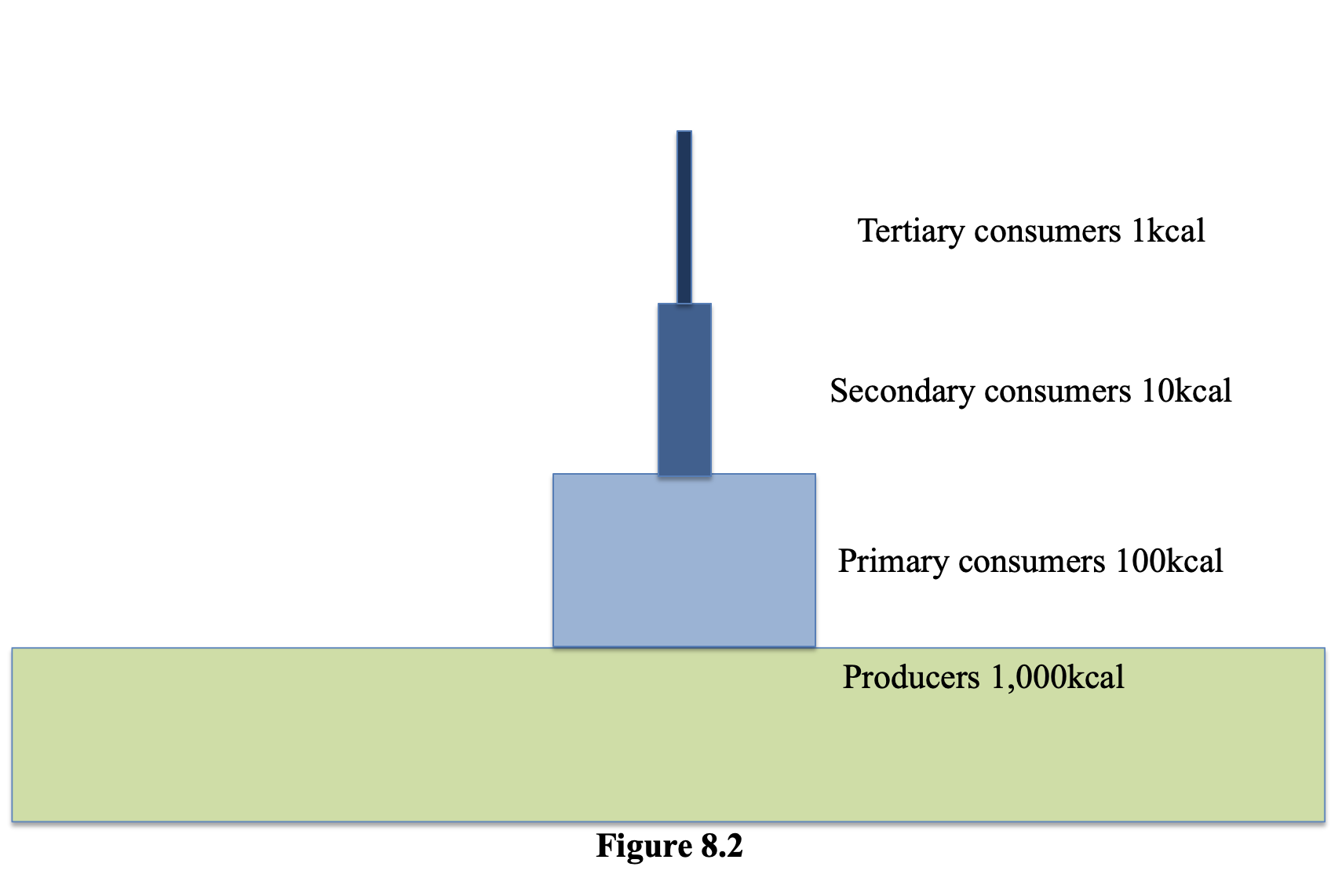 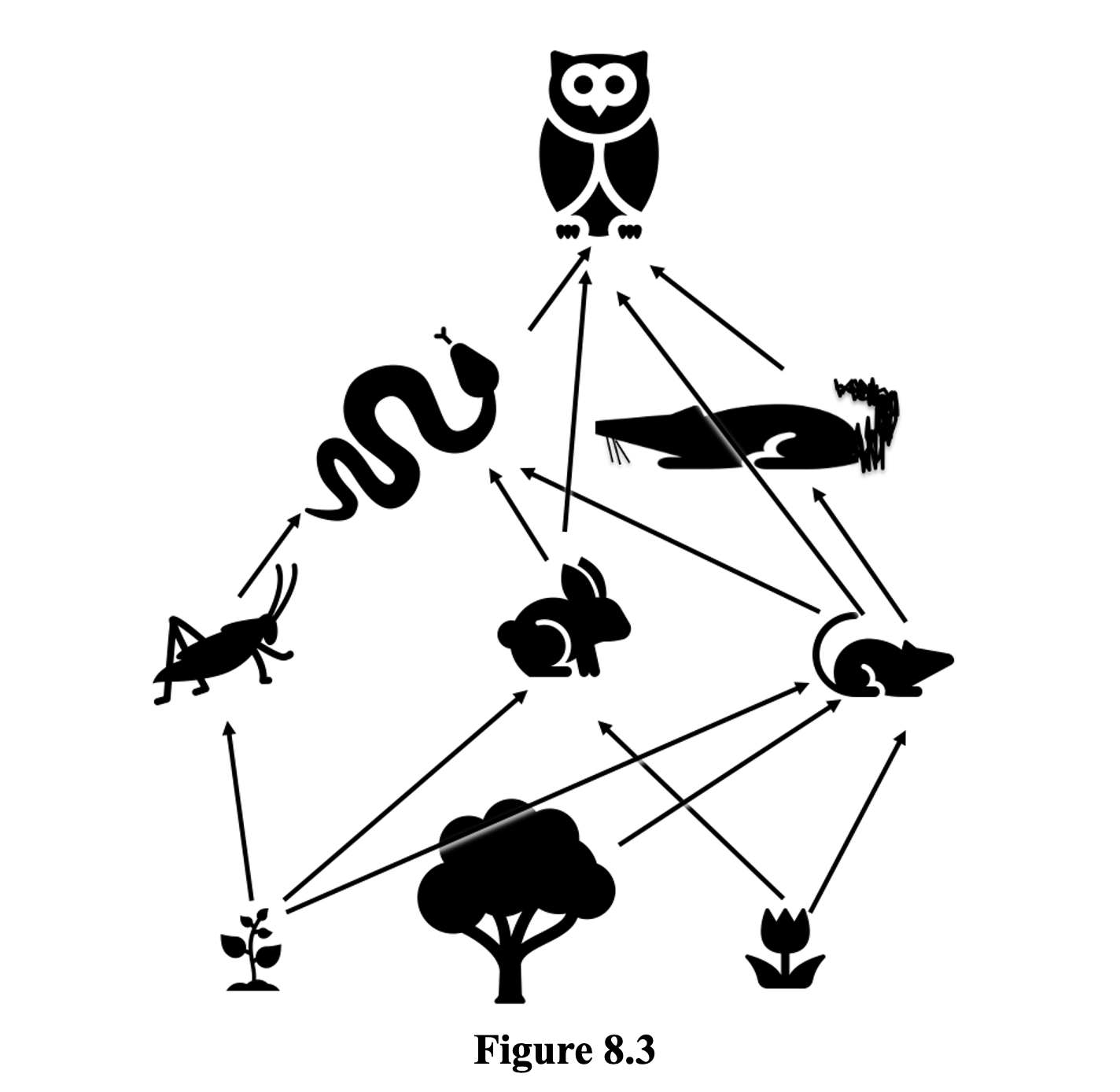 • To identify the flow of energy though an ecosystem it helps to know who eats who.
• As an organism is consumed the energy from that organism moves into the organism that consumed it.
• You get energy from the food you eat!
• One way ecologists illustrate the relationships between organisms in an ecosystem to to construct a complex food web.
• Food webs show the feeding relationships between organisms in a particular environment.
• Note that in the food web the arrows point from the organism being consumed to the one that consumes it.
• The arrows follow the flow of energy.
• When you eat an apple energy flows from the apple into you. Therefore we would draw an arrow from the apple (the energy source) to you (the energy recipient).
• Figure 7.3 shows a simple example of a food web.